A new beta build has gone out, and it’s a nice one for Demonology!

Recently, it had been nerfed to the degree that the optimal rotation would have been applying your DoTs, throw out a Hand of Gul’dan, then using either Drain Life or Touch of Chaos, depending on whether you want to generate or spend your Fury. Throw out a Cataclysm sometime.

With the rebuffing, some of these numbers are still a nerf from what they were originally, coming from Mists, but it was a bit overtuned to begin with so no worries. 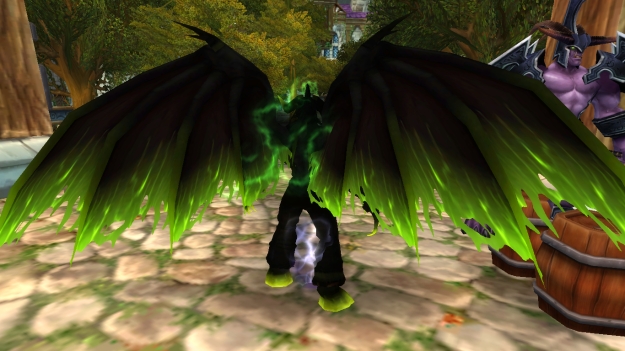 (These changes are up on my Warlock Changes for Warlords page, where all the changes so far are consolidated into one easy location!)

So a lot of our core rotational spells have had their spellpower coefficients adjusted so that our rotation goes back to normal. Soul Fire is now a better choice (when you have Molten Core procs!) than Touch of Chaos, as it should be anyway. Thanks to the Demonbolt buff (which honestly feels a little TOO strong to me, Maybe make it 350% or even 325%?), we have a clear choice for a single target talent (DB) and a clear choice for AoE talent (Cataclysm). 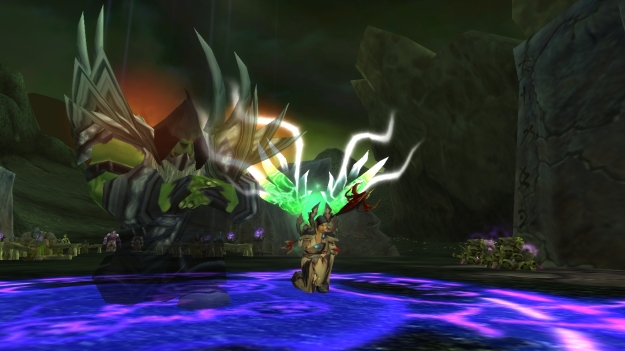 What’s left to fix? Demonic Servitude actually represents a DPS LOSS due to the Infernal/Abyssal and Doomguard/Terrorguard being less effective than your Fel/Wrathguard. In terms of Destruction, Rain of Fire is for some reason back in our single target rotation, which feels amazingly clunky. The removal of the mana regen from Shadowburn means we run dry VERY QUICKLY in execute phase, meaning we have to use Chaos Bolts as well, as the long cast time allows us to regenerate a bit of mana (Destruction has high in-combat mana regeneration anyway thanks to Chaotic Energy, and it gets even faster with more Haste). Affliction… just feels really dull now, thanks to the removal of snapshotting, but I don’t know what can be done about that to be honest.

What do I think will come next? Well, Destruction hasn’t seen much tuning yet…

And to round this off, here’s my voildord, Metasik, taking a selfie. 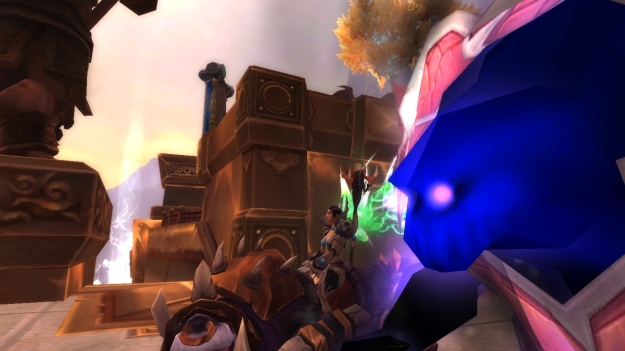 Apparently the beta build brought us more than mere Demonology changes. We now have a change to how the AoE Chaos Bolt (via the Chaotic Resources talent) looks.